Transiting Towards Truth as an Individual, Industry, & Community
News

As an individual, an industry and a community.

Last year, at age 53, amid the pandemic, I discovered a hidden truth about myself and began to identify my gender as female. This was a major change, to say the least. It was the first step in my transition process — a completely life-affirming, positive and necessary path forward into the rest of my life.

Recently, I shared my thoughts about Pride month in our agency’s social series. During the session, I was asked: “What’s the first ad you saw or read that accurately represented you as a member of the LGBTQ+ community?”

It wasn’t an ad, per se, but a piece of direct mail from the photographer Brian Kuhlmann, a photo essay titled “Transgender” that stuck with me in a profound way. It featured beautiful, desaturated, emotional photography, capturing each subject in the invisible thousand-word essay only portraits can provide. What resonated with me as a transgender woman, besides the compelling photos, was a simple unattributed quote: “I didn’t realize who I was until I stopped being who I wasn’t.”

I am fortunate to be a slightly affluent, senior advertising professional and a former cis white male with all of the privilege that entails. I have healthcare through my employer with access to the support I need, like a therapist, a primary care provider and an endocrinologist who specializes in transgender medicine — for starters. But LGBTQ+ individuals are often marginalized in the workforce, and access to healthcare for the transgender community through Medicaid or the ACA is on a state-by-state, and often a case-by-case, basis.

My privilege has allowed for a supportive and empowering environment to transition. But I know this is not the case for many. Necessary healthcare for transgender people is a controversial topic, but through education, advocacy and representation on gender issues, laws and attitudes are slowly changing — sometimes for the better.

This month was my first Pride celebration as a member of the LGBTQ+ family. During my career in advertising, I’ve created ads for clients and agencies that celebrate and support Pride. To the best of my knowledge, these communications were authentic and represented the policies and actions of those organizations.

But you don’t have to look hard to see the scuffle of misappropriation displayed across all forms of media — rainbows everywhere! From Burger King’s pot-calling-the-kettle-black trolling of Chick-fil-A, to U.S. Rep. Pramila Jayapa calling out corporations that donate to politicians, lobbyists and PACs that support anti-transgender bills as hypocrites for wrapping themselves in the LGBTQ+ flag in June.

I could write for days about anti-transgender bills, of which there are more than 70 in the U.S. as of June, that seek to ban transgender girls and women from participating in sports consistent with their gender identities. According to The Human Rights Campaign, 23 anti-LGBTQ+ bills have been written into law so far in 2021 — more than the last three years combined. And still there are more than 250 anti-LGBTQ+ bills under consideration in state legislatures across the country.

Meanwhile, LGBTQ+ Americans continue to be targets of discrimination and hate crimes, with transgender Black women and gender-nonconforming youth most vulnerable. 2021 is on track to be the deadliest year in history, as twice as many transgender Americans have been killed so far compared to all of 2020. Hate crimes perpetrated against LGBTQ+ people are at levels not seen in more than a decade.

In this context, my advice for the advertising industry during Pride month is to be authentic, or do nothing. Do not pander to Pride’s commodification. As an industry, we need to hold corporations accountable that flaunt support while donating to politicians that vote against LGBTQ+ initiatives. Period. I would let my clients know that their hypocrisy will eventually be uncovered. A new campaign by the Corporate Accountability Action, Keep your Pride, does this by pointing the finger at companies that have contributed more than $1 million to anti-LGBTQ+ lawmakers and PACs.

I’ve worked for agencies that refused to work with clients that had anything to do with alcohol, tobacco or firearms because of ethical concerns. This is rare these days. But agencies can still set an example by standing up for human rights, calling out corporations that abuse these rights and choosing not to conduct business with them.

I’m lucky to be at an agency that promotes DE&I, but also believes in it at its core. Any exposure to the light is positive, and as Transgender people, we need to be present and seen. We cannot rest on the laurels of the acceptance and inclusion the gay and lesbian communities have earned through sacrifice and hard work.

Related
Atlanta’s Black Culture Has Influenced America for Decades, but Jan. 5 Was Different
Muse by Clio
Diverse Communities Are Hit the Hardest but Are Critical to Fueling Our Recovery
Chemistry News 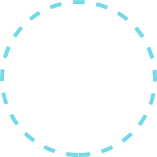 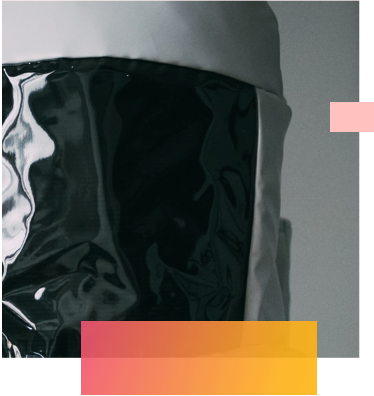